The daughter of B-movie director Bert I. Gordon, Susan was an accomplished child actress, appearing in films like her father's ATTACK OF THE PUPPET PEOPLE, THE BOY AND THE PIRATES, and TORMENTED, as well as other films like THE FIVE PENNIES and THE MAN IN THE NET. She also did much TV work, including episodes of THE TWILIGHT ZONE, 77 SUNSET STRIP, THE ALFRED HITCHCOCK HOUR, ROUTE 66, GUNSMOKE, and MY THREE SONS. She retired from acting and became a successful businesswoman, married and raised a happy family, but also had a lot of fun visiting conventions and meeting her fans. Sadly, she had cancer and passed away on December 11th.

I had the pleasure of hanging out with her several times at Monster Bash conventions in Pittsburgh. We had a mutual friend, the late Richard Valley, publisher of Scarlet Street, and it was through him that we met. We were part of a big group hanging out in the hotel lounge and having fun, and I remember that with joy.

The second year I went, I saw her enter the hotel and talk to a few people. Then she spotted me, gave a huge smile, and hurried over to say hello and how happy she was to see me. I was bowled over. I'm a bit neurotic and tend to worry that people only put up with me rather than actually like me, and a friendly gesture like that made me feel ten feet tall.

Susan was like that. She was quiet and private, but also had a great sense of humor and was a nice, considerate, gentle person. I have to admit that I've only seen a few of her films (but I do think she was good) and don't feel right really calling myself a fan of her work...but I was certainly a fan of her as a person. I never thought of her as some inaccessible screen personality, but just as a warm, friendly woman who had some good stories to share, loved a good laugh, and had a kind, warm smile. She was a truly classy lady and I will always remember her with great affection.

And here's the trailer for my favorite of her movies, TORMENTED:

Posted by Vagrarian at 9:18 PM 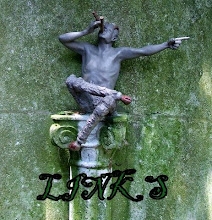 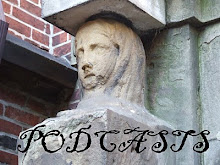